LOS ANGELES, CA. (THURSDAY JANUARY 20, 2022) – Independent Project Records (IPR) confirmed today that they will be reissuing the “…too post-punk to be folk-rock and too folk-rock to be post-punk” band Shiva Burlesque’s Mercury Blues (+ Skulduggery) as an expanded edition on February 25, 2022 via Darla Records.

Mercury Blues, (the band’s second album and swan song), was originally recorded and issued in 1990, and this newly expanded version features a full album’s worth of previously unreleased tracks, a 24-page booklet with liner notes by David Fricke, as well as new art work and the iconic die-cut, letter-press packaging by label founder Bruce Licher. Remastered in 2021 by Josh Bonati, the new double album will be released via digital services and CD, with a two-disc vinyl version due later this year.

“Mercury Blues deserves to be heard in a 21st Century context,” said Shiva Burlesque singer/songwriter Jeffrey Clark, “I think people will find the themes and atmosphere resonating with the world as it is now. And I’m excited about people discovering the Skulduggery material that Grant-Lee (Phillips’) and I went through in our collections of old cassettes and half-inch tapes, and excavated raw demos the band recorded preparing for the Mercury Blues album, including some fantastic unreleased songs no one outside the band has ever heard before”.

Shiva Burlesque emerged from the alternative music scene of subterranean Hollywood/Downtown Los Angeles in the mid-1980’s, drawing comparisons to everyone from John Cale to Echo & The Bunnymen to early Leonard Cohen. They forged an eclectic (and at times hallucinatory) sound in Raji’s, the Anti Club, Al’s Bar and similar fly-by-night L.A. venues of the time, eventually recording a pair of vivid, multi-faceted albums: Shiva Burlesque (1987), with drummer Joey Peters and bassist James Brenner; followed by Mercury Blues (1990), again with Peters on drums, Paul Kimble replacing Brenner, and featuring cellist Greg Adamson. Between the two albums the songwriting output by Clark and Phillips elevated into high gear, and the band recorded a number of new songs in demo versions, mostly on a home studio four-track cassette machine with Paul Kimble engineering.

Additional IPR releases will be announced shortly and will feature both full-length IPR remastered, expanded and in some cases bring long out-of-print titles back in print as well as new music that fits the IPR aesthetic both musically and in design. By utilizing IPR’s iconic hand-letterpress printed artwork created at Independent Project Press, the label will continue to the design aesthetic that began in 1980 and has become the labels hallmark.

Founded in 1980 by musician and artist Bruce Licher, Independent Project Records has created more than sixty releases since its inception. IPR and its sister entity Independent Project Press are known for their instantly recognizable hand-printed record covers for bands including Camper Van Beethoven, For Against, Polvo, R.E.M., Savage Republic, Silversun Pickups, Stereolab and more. Aside from creating all artwork on his vintage two-ton hand-fed letterpress, Licher was nominated for a Grammy Award for his design work on the IPR released debut album from For Against. In 2020, the label relaunched by both Licher and Jeffrey Clark with new and archival releases with distribution from Darla Records. It is based in Bishop, California, at the base of the Eastern Sierra Mountains. 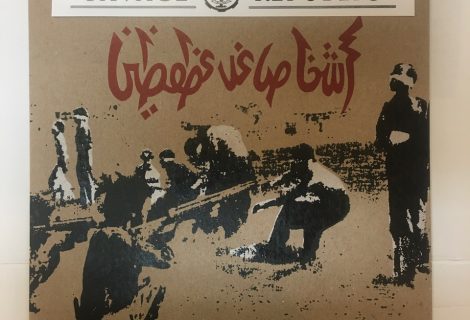 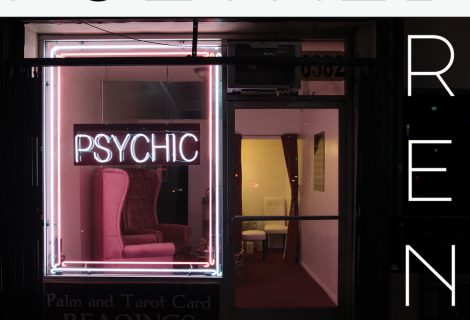