Both Titles to be Released on Compact Disc (For the First Time) and Digital Formats.

LOS ANGELES, CA. (MONDAY, JANUARY 23, 2023) –Indie record label Independent Project Records (IPR) announced today their first slate of releases for 2023 with the expanded reissue of A Produce’s 1988 album The Clearing and the Tape Excavation project which accompanied the 2020 IPR coffee table book Savage Impressions from P22. Pre-Save and Pre-Add via smartlink here for Tape Excavation and A Produce.

Both projects were originally limited edition, vinyl-only releases and are making their debut on compact disc and digital formats for the first time. Full details including track listing will be announced shortly.

Ambient cult LP The Clearing was originally self-released on vinyl in 1988 by A Produce, the moniker used by the late Barry Craig, who was a prolific artist operating on the fringe of the experimental and DIY music scene in Los Angeles from the 1980’s up until his premature death in 2011. First becoming known in underground circles as guitarist in early 80’s postpunk group Afterimage, then via his Trance Port Tapes label, Craig was responsible for documenting what he coined in his own words “the growing trance music scene” emerging in LA at the time. Craig described his privately released, small-run debut LP as “an album of conceptual space,” rooted in LA’s early post-punk / DIY scene but containing an intersection of styles incorporating the new experimental or ‘trance’ music that was starting coalesce in the mid-to-late 80’s. The result is a masterpiece of flow and cohesion, blending early electronic rhythms with keyboards, guitar and synthesizers which careen from lively, hypnotic grooves to deeper, inward-looking minimalist ambient passages. In 2008 Craig re-mastered the album with the help of electronic artist Loren Nerell, and self-released a very limited CDr version which included one bonus track (‘Raga Riley’) that was included on the Independent Project Records compilation Source in 2021. The original album was licensed to the UK label All Night Flight in 2019 for a limited edition vinyl re-issue of 500 copies, and this will be the first time that the album is being made available as a replicated CD. This is the first release in IPR’s extensive reissue campaign of the A Produce catalog. This expanded edition adds three more bonus tracks, which are solo recordings that Craig included on his three L.A. Mantra compilation cassette releases on Trance Port Tapes between 1983-1985. This will be the first time these three tracks have been made available since their original cassette tape release in the early-to-mid 1980’s, and include several recordings dating back to 1979.

The original 14-song limited edition vinyl LP of Tape Excavation was created to accompany the 2020 IPR coffee table book Savage Impressions (an arresting look back on Independent Project Records and Independent Project Press founder Bruce Licher’s career as a visual artist) published by P22. Tape Excavation was compiled by Savage Republic and Scenic founding member Bruce Licher after scouring through dozens of boxes of cassette tapes from rehearsals, demos, and other recordings to find previously unheard nuggets from his various musical endeavors. Tape Excavation is filled with a wide range of musical expression, from Licher’s early, no-wave inspired recordings for the Project 197 EP (IPR’s first release) in 1980, through previously unheard recordings from his groups Savage Republic and Scenic (and various offshoots), a wide range of solo recordings (some created as demos for his fellow band members to be able to listen to new song ideas), collaborations with fellow musicians Henry Frayne (from Lanterna) and Michael Krassner (from Boxhead Ensemble), to a rehearsal demo of his current musical project SR2, a powerful collaboration with his wife Karen Nielsen Licher. Eight additional tracks have been added to this expanded re-issue which now contains 22 intriguing windows into the ongoing evolution of Licher’s sonic vision. It has been mastered by Warren DeFever (His Name Is Alive) at Third Man, for the highest fidelity possible on these intriguing riffs.

Additional IPR releases will be announced shortly and will feature both remastered and expanded IPR classics (and in some cases bring long out-of-print titles back in print) as well as new music that fits the IPR aesthetic both musically and in design. By utilizing IPR’s iconic hand-letterpress printed artwork created at Independent Project Press, the label will carry on with the design aesthetic that began in 1982 and has become its hallmark.

Founded in 1980 by musician and artist Bruce Licher, Independent Project Records has created more than sixty releases since its inception. IPR and its sister entity Independent Project Press are known for their instantly recognizable hand-printed record covers for bands including Camper Van Beethoven, For Against, Polvo, R.E.M., Savage Republic, Silversun Pickups, Stereolab and more. Aside from creating all artwork on his vintage two-ton hand-fed letterpress, Licher was nominated for a Grammy Award for his design work on the IPR released debut album from For Against. In 2020, the label was relaunched by both Licher and Jeffrey Clark with new and archival releases and is distributed by MRI/The Orchard & via Proper Music Group, outside the USA & Canada. It is based in Bishop, California, at the base of the Eastern Sierra Mountains. 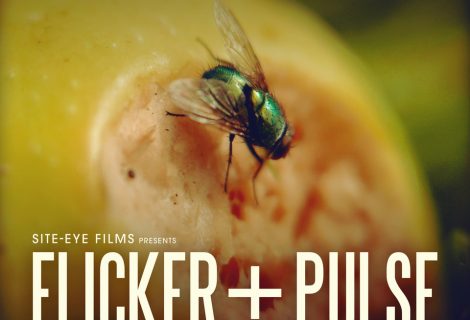 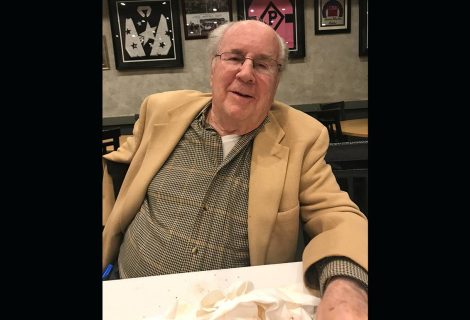